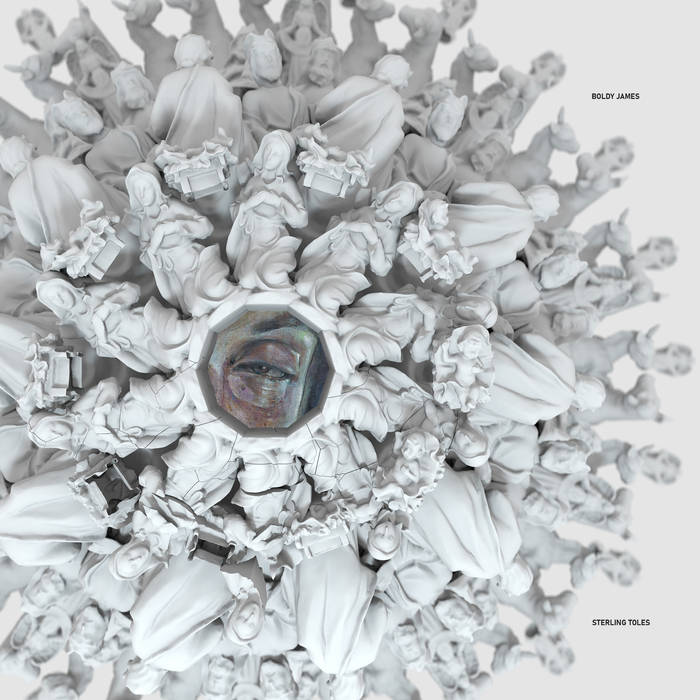 ogxre The whole album is a masterpiece start to finish, and after reading the excerpt, I can see why. They really took their time to make this project very special. Favorite track: Detroit River Rock.

sixonefever this album has given me my life back. middle of next month. “my shrink shouldve locked me in a mental institution, thinking how i think man i think im fna lose it”
more...

The Middle of Next Month
Emily Rogers - bass guitar

The Safe (the womb)

Why Are You In Her(e)?
Excerpt: Moodymann


In the year 2000, I moved to Chalmers on the eastside of Detroit. With an Ensoniq EPS, and a Roland VS 1880, I started a studio in my mother’s basement just a block from the Detroit River. The first order of business was engineering a compilation my boy Murf was producing. One day he had a session with Idol. The song was taking longer than usual for Idol to lay. We attributed this to the fact that his attention was divided between the song and the woman he brought along with him. He also brought along his little brother and his friend who were both about 17, 18 years old. As the beat was playing, Murf heard his brother’s friend rapping under his breath and asked to hear what he was saying. Murf turns to Idol for the green light, one take and 5 minutes later, Boldy had his first song. From this point, Boldy was in my basement recording or in the streets.

For the next 5 years or so, he would come and record to beats he brought while I was working on the Resurget Cineribus album. When I finished Resurget, with all of its wild composition, I was interested in just making some “beats” again. By 2007, I had some in the stash and Boldy asked to rap to them. We recorded the first song Die Young and thought lets keep going. Him and I both were people that did not create music to be in the industry, or for an audience. We created for ourselves solely, and still do. We are not careerists with music, but culturalists documenting the Detroit experiences that we have absorbed from its deepest of trenches, sometimes converting personal trauma into collective catharsis. This catharsis is what we shared with loved ones with similar symptoms, and we were good with that.

Early in the process of making what I could now see was going to become an album, my cousin came over. He sat and listened to the first few songs. He goes, “I can listen to this and not get high that day.” That gave me focus. At that time I kept asking Boldy to be more personal. The more he did that the more this became about healing, not making a “good” album. That was my little brother by now and he was going through a lot. Ironically, I saw a lot of my father in him, whom Resurget was about. He was the user closest to me, Boldy was the dealer closest to me. I saw that we are all in search of a feeling. Everyone has been a dealer and user at some point. We have all dealt a feeling to someone to enhance the condition of our lives, or were in search of a feeling to escape that condition, by becoming a user of what someone has dealt to us.

From 2007 to 2010 Boldy recorded vocals for this album. We couldn’t have been further from the industry, we were in our own world. During this time Boldy’s cousin Chuck Inglish began gaining steam with The Cool Kids. By ‘09, Boldy started going to Chicago to record with Chuck which led him to recording Gettin Flicked for their Tacklebox Mixtape, the song that kicked off his career. Those lyrics were originally for the song we recorded which is now Got Flicked(the rebirth) on this album.

By 2010, Boldy was off and running, and I had an album’s worth of songs with him that I had no clue what to do with. When he rapped to my tracks they were pretty much chopped samples and drums, my version of boom bap. As Boldy was ascending, musicians kept appearing in my life. Mother Cyborg became an early sonic thread with her cello. Jugal, an actual monk, was staying in the temple blocks from my house. I met him walking in the middle of the hood playing a mridanga, robe and all! He ended up contributing the mridanga and harmonium to the mix, as well as singing in Sanskrit. My cousin Keir Worthy brought Bubz Fiddler through. Bubz, who played with George Clinton and RJ’s Latest Arrival, was a legendary Detroit bassist who, along with his brother Amp Fiddler, anchored Detroit’s music community. It was their home that was the space that incubated Dilla and Slum’s musical journey in its infancy, just as Boldy in mine. Inspired by them, my home was open to neighborhood kids as well. My next door neighbor Tone eventually led the neighborhood kids to my house. Tone was hanging with a girl at his high school that he would bring over to record with them. Working on Welcome to 76 I needed somebody that sounded like a bad ass little kid to do the chorus and Deja’s voice was perfect.

Within a year or two, routine flooding was uprooting the basement studio while the kids that once used it were engaged in an all out war on our block. Boldy could see where they were headed, as we would watch them rush to the bushes for stock-piled guns every time a car came down the street. Boldy would do his best to hip them to the perils of the streets. As the smoke was clearing, my mother was preparing to leave the state after my grandmother passed. Many of those kids got locked up or killed. I didn’t see any of them again, though a few years later the unmistakable voice that I asked to do that chorus would be all over the radio with a national hit, helping to give birth to a new wave of Detroit Music, as Dej Loaf.

As one wave was washing out for me, I began meeting a new wave of Jazz musicians returning to the city from college and other places. One musician in particular was Rafael leafaR, a protege of legendary Jazz bassist Reggie Workman who played alongside John Coltrane and Art Blakey. Raf would become my right hand and personal woodwind section. Everyone would come to my place and play wherever they wanted to on the album. With my records constantly being shuffled in plastic bins to clean up every time it rained, there wasn’t much new music being made. The album was all I had for them to play on. As the water broke the flow of my production, the engineer in me was emerging. Twenty plus musicians later, I had a whole new project on my hands with a ton of editing, composing, arranging, and mixing to do. Boldy’s words became the soil from which I could grow the sound into a womb-like world that held his experience, an experience all of us share in one form or another. It went from having a physical space where Boldy’s voice could grow, to using Boldy’s voice as the spiritual space to grow the sound inside of, as I was losing this physical space where all of this started. This became apparent after recording Mommy Dearest. The things we create can become the womb that we needed to return us to who we were, before our circumstances made us what we are.

Summer 2018, I gave Boldy what I thought was the finished version of the album which now included a Ghettotech-inspired vamp out at the end of Birth of Bold and Requiem. Both pieces didn’t have any vocals. Requiem was a tribute to Bubz Fiddler, who passed 2 years earlier. Boldy tells me, “I love it but, I want to rap on those 2 open beats.” Little did I know that giving space to acknowledge the passing of Bubz would lead to new life for this record. So 8 years after Boldy and I last recorded, on the day after his birthday, he returned to record new lyrics to those tracks to finish the album, bringing this process full circle.

As I was sitting with Kesswa listening to the final mixes we arrived at Got Flicked(the rebirth), which she sang on. At this moment, she was listening to Boldy’s vocals for the first time, as I’d had them muted in my session with her. Sitting there, it dawned on her that she recorded vocals to the original version of one of the songs, from that Tacklebox mixtape, that inspired her to pursue music years earlier. This 12 year process affirmed to me that if you take the time to get back to your beginning, you will arrive at your infinity.